The Gambia Telecommunications Company Limited (Gamtel) is the primary provider of core telecommunication services in the Gambia, The company is a state owned, limited liability company, with the Gambia government owning 99% of shares and Gambia Ports Authority (GPA) owning 1% of shares was incorporated under the Companies Act 1955 as amended under Cap. 95. 02 of the Laws of the Gambia 1990.

The Company has steadily created a modern, efficient network infrastructure, using state-of -the -art technology in order to respond to the increasing demand of a dynamic market.

During three decades of operations Gamtel has achieved and hit a countless number of targets, it commissioned a subsidiary GSM Operator Gambia Cellular Company LTD (GAMCEL) following its award of a license to operate a GSM mobile service in 2000 and  among its latest ventures was the introduction of International Private Leased Circuit (IPLC), IP-MPLS/Virtual Private Network (VPN), Backhauling(Dark Fibre), Electronic Banking (E-BANKING) and still in the pipeline is Electronic Education (E-LEARNING), Electronic Commerce (E-COMMERCE) and Electronic Medicine (E-Health) all in an effort to deployed complete e-Solutions, based on market demand at the lowest possible cost to the customers by using the most modern and effective technology.

Gamtel is connected to Africa Coast to Europe (ACE) submarine fibre optic cable connecting 21 countries from France to South Africa with 3 separate international gateways with a total capacity of 1.7 GBPS and 155 Mbps backup link with Sonatel in Senegal. Gamtel has the highest Ownership in the ACE Gambia segment with 49% share and remaining 51% share among private GSM Operators and ISPs, that give Gamtel with the Gambia government as it key shareholder undisputed competitive advantage as a market leader and your incumbent choice for all your telecommunication’s needs in the Gambia.

In 2014, Gamtel won “The Golden Europe Award for Quality and Commercial Prestige” by the Other ways Management Association Club-Paris (OMAC) in Geneva, Switzerland, Gamtel was chosen out of over 100 companies’ shortlisted nominees for the prestigious international award. 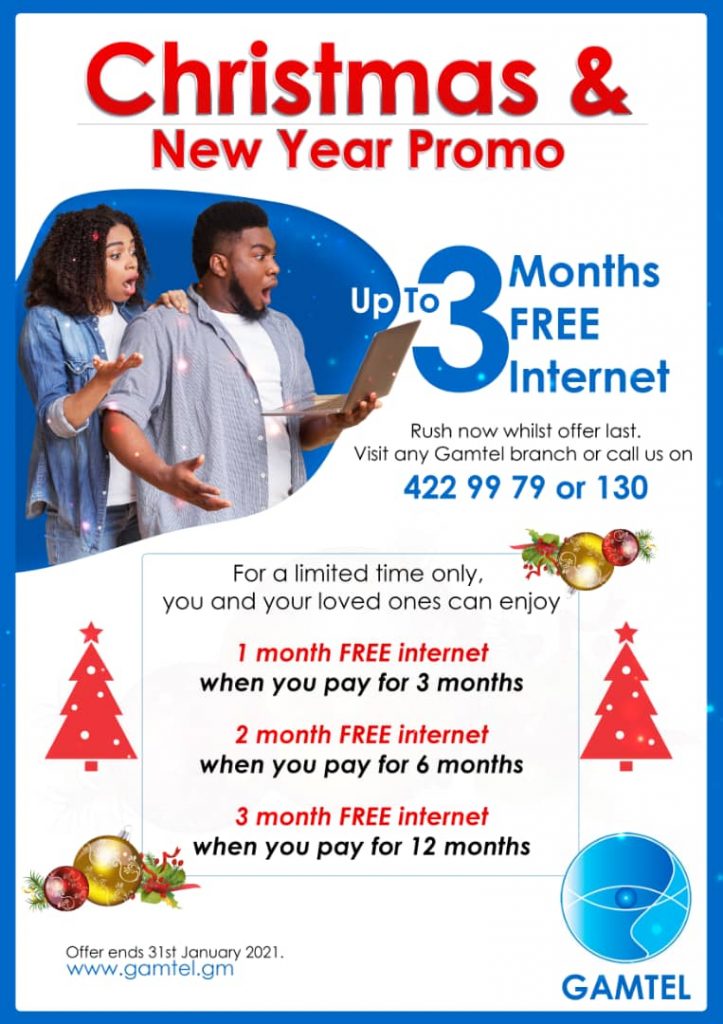